Stealth Hitches offers two hitch packages a Rack package or a Combo package (Rack and Towing). The combo package includes everything the rack pacakge offers plus all componants needed for towing. The same vehicle specific cross beam and vertical latching mechanism is used on both packages - meaning that you can upgrade to towing later by purchasing a conversion kit.

Stealth’s fully welded trailer hitch for the BMW 3 Series (330i, 335i, and 335is) Convertible is strong and durable with a Lifetime Guarantee. The combination of a stainless steel latch block and powder coat finish provides excellent rust protection allowing you to enjoy your eco-adventures and not worry about the function of your hitch.

The vehicle capacities with the BMW 3 Series trailer hitch are:

Stealth Hitches offers a rack only package and a combo package with tow and rack options. The same cross beam and vertical latch block are used on all packages so if you need to upgrade to tow later you can with the BMW 3 Series Convertible E93 Conversion Package.

The BMW 3 Series Convertible E93 Combo Hitch Package uses a detachable ball mount that operates differently than a typical square tube receiver hitch. When inserted into the stainless-steel receiver block, a tight connection is created to the vehicle frame, eliminating the jerking and banging associated with square tube receivers type hitches during starts and stops.  This solid connection creates less wear and tear on the vehicle transmission and is a more pleasurable ride for the passengers.  The tight connection also allows our hitch to pass the more stringent European test requirements which carry a higher towing rating than the US rating.  Our hitches conform to both US (SAE) and European (EU) test requirements.

Overall went as advertised, but a few caveats

I have a 2013 335i convertible (aka E93). While I did manage to install the assembly, I did get frustrated at times. 1. Not that it's SH's fault, but taking the facia (which I presume is a fancy word for bumper) off on this thing is not a trivial task. The provided instructions ask to push the clips in that hold the facia, but that is not exactly how the facia is attached. They are not exactly clips, but more of hooks, and big ones. Long story short, I effectively ended up breaking every single hook on the bumper by the time I was able to take the bumper off. 2. I have a 335i, which is a dual exhaust version. The instructions only mention it in passing by saying something along the lines of "attach to dual exhaust assembly". There are exactly zero instructions on how to disassemble the dual exhaust stock assembly so it can be attached to the hitch assembly. That was not trivial and I had to enlist the help of a friend to pull off the rubber O rings that serve as the exhaust suspension from the original assembly. Couldn't do it by myself. 3. The specs on SH assembly state that no cutting of the facia is going to be necessary. This is misleading. When I reinstalled the facia, it completely covered the hole into which the hitch attachment gets inserted. I had to cut out a sizable chunk from the bottom off the facia to expose the attachment mechanism. 4. The two extensions on the assembly that the facia is supposed to attach to are actually not aligned correctly. I had to spend some time bending them to get them aligned with the facia. Otherwise, the facia was being pulled into and under the car. 5. There is a stock plastic mount that holds the facia in the center. I had to remove that as well in order for the assembly to fit. There was no mention of it in the instructions. 6. And the most important issue of all that is not made obvious when you make the purchase: the SH assembly replaces impact guard assembly! This is to say that I am now wondering two things. a) If someone rear ends me, will this damage the actual body (along with the SH assembly) and b) if the car is even street legal at this point in the US without the impact guard. 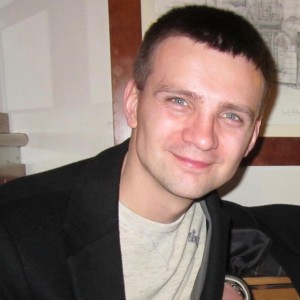 Great hitch and customer service. Some trimming of the bumper had to be done to make it fit although not mentioned in the instructions.

good no problems to installed

Happy new owner of a Stealth Hitch for my BMW 328 convertible, rack and tow package. Installation is a snap and materials are good - the coated steel should not rust. The 2" receiver mounts low, under the bumper fascia, but is high enough when using an angled shank. The ball mount is excellent - curving up to just the right height. I do recommend the 1 1/4" receiver for sedans and convertibles.